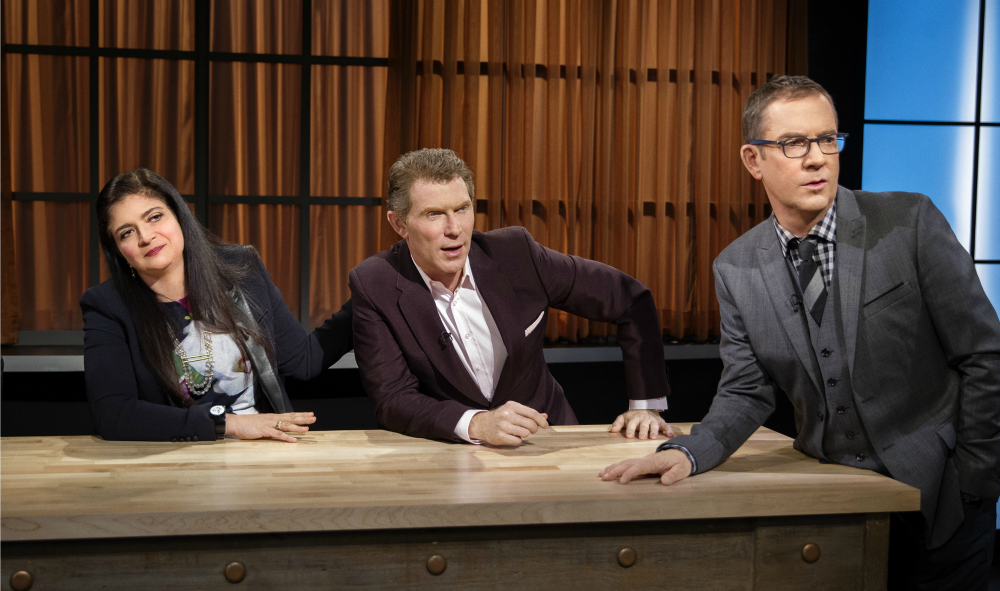 I spent most Tuesdays a few years ago watching the show MasterChef, where home chefs compete to become a Gordon Ramsey-dubbed “culinary master” for a large chunk of change, and a cookbook deal.

The show’s okay — interesting enough to hold my attention most nights, but not dynamic enough to keep me from flipping around during commercials … like one Tuesday in 2011 when the What Not To Wear season premiere aired at the same time. (You know how much we like What Not To Wear around here!)

Gordon Ramsey’s all about entertainment, simultaneously making us laugh, cringe, and nod our heads with his expressions and remarks to chefs and cooks who cross his food-focused reality TV path. It’s no wonder the show still airs (new season begins summer 2017)! I do have a pet peeve, though.

And, it’s not just Masterchef, it’s with nearly all the cooking and food competitions on television, and especially those on Food Network.

What’s with the long hair? It’s flowing, it’s swinging around, it’s sweaty, and it’s absolutely NOT practical (nor comfortable) to be cooking in a fast-paced kitchen with those long locks flying all over the place.

Quite frankly, I’m surprised Gordan doesn’t bash more cooks, like Brandi, for it … you know … because it’s kinda his style.

Chopped, which is near and dear to my heart, often has chefs—women and men—guilty of the same crime.

Although, I give the Chopped judges credit. Most of the time they do say something, and after a commercial break said chef’s hair is battened down, pulled back, harnessed by a hair band, or SOMETHING, to tame it.

After all this hair-angst, I feel like there’s a need bring up all the other food based programming like Giada at Entertains, Barefoot Contessa, and The Pioneer Woman.

I’m not as bothered by the hairstyles of personalities on these types of “sitcom” food shows for two reasons: 1) They’re not flailing around a kitchen, moving at a ridiculously fast pace; and 2) Aside from staged dinner parties, they’re not actively serving people (who are judging their food!!!) within minutes of making a dish.

Can we talk about dripping sweat next? Ew.