November is National Adoption Month, and in its honor I want to share a story with you.

This is a special story, because it is MINE. You see, I’m an adopted child.

It’s not something I talk about much. I’m a very private person and sharing my story is something I only do occasionally, with people I’m close to.

Adopting a child can make a tremendous impact and alter someone’s life forever, which is why I’m choosing to share it publicly with you today.

I was born in Seoul, Korea.

At the time of my birth, people of mixed race were not accepted. A female child of mixed race had only one option open to them in my home country, and that was prostitution.

My name was Ma Nim Kim for the first three years of my life, and I don’t know my actual birthday. The birthday I now celebrate was picked for me based on the size I was at roughly six months.

I was extremely lucky to have found an adoptive family as a toddler. In fact, the adoption representative who initially visited with my parents informed them that they didn’t have to agree to the adoption, considering I was an older child. (Typically you were not allowed to refuse a placement.)

Well, they didn’t refuse, and I happily found my way to America and my new family.

My parents, Karen and Jerry Adams, were already raising two children of their own, but they still had enough room in their hearts and home to fit me. Just like that, I had an instant family. My parents taught me the meaning of giving and sharing, and the deep special love of a family. My mom and dad never made feel like I was adopted and not one of their own; they loved and cared for me as much as my brother and sister, their biological children.

When I came to America I didn’t speak a word of English, but I learned fast. There are funny stories of how I was initially terrified of the family dog (dogs weren’t common as pets in Seoul), how I would hunch over and guard my food, or I would take all of the toys and hide them in my bed.

That said, I very quickly settled into my new life with this wonderful family.

Occasionally Dad would be asked to give talks about his time in the Navy. People would see that I didn’t look like the rest of the family and they would ask about me and our story. Back then, adopting internationally was still in its infancy.

My parents came to discover that other people were moved to adopt children abroad because of our story. To this day, that’s thrilling to hear! I see people who struggle so hard trying to conceive children of their own, and I often wonder why they don’t consider adoption. Not only would they gain by having a wonderful child in their arms to love, they would also alter someone’s life in a way they may not have considered before.

My mom recently told me a story about a discussion she was involved in with some friends. One of them had a daughter who was having trouble getting pregnant. When asked why her daughter didn’t consider adoption, the mother of this girl replied, “You could not love a child you adopted as much as one you had given birth to.”

To which my mom immediately countered, “Until now I have never considered for a single moment that my child is loved any less than the children I have actually given birth to. She may not have been born through my birth canal but the moment I first held her in my arms, my heart had the exact same feeling as I holding any of my newborns. Truly just as any child, this child was a special gift from God, and loved.” Today, I live in Frederick, Maryland, with my son, Josh. I own my own business and am an active member of the community. I have great friends, wonderful clients, and a beautiful home.

I shudder to think of what my options would have been like in Korea if I had not been adopted by the Adams family.

Today, I only remember three things in my native Korean: mother, father and I Love You.

Doesn’t that really say it all? 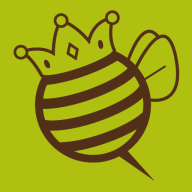 With equal doses of sass and swagger Sue – aka Queen Bee – makes all of the things beautiful. An avid Dr. Suess fan with impeccable taste in interior design (natch), she’s also a true Fitbit ninja. (Seriously. Don’t ever challenge her. You. Will. Lose.)